Today I finished my mural in the Northern cemetery. I don’t know if I am that happy with the way it turned out when I added color, but I only had five hours to add to do it and there also was no clean water to mix with the paints. The paint was applied quite heavily and it was difficult to create washes. If I had a couple more days I might have done things differently, but the most important part was that the people of the neighborhood seemed really excited about it and the mural was completed to a point.

An incredible pigeon hut above the mosque near my mural. Pigeons are a sort of recreational sport in Cairo. People eat them, but there are also stealer pigeons, messenger pigeons, and all the equipment can become quite expensive. People built these huts very tall in competition because the most birds will land on the tallest points. 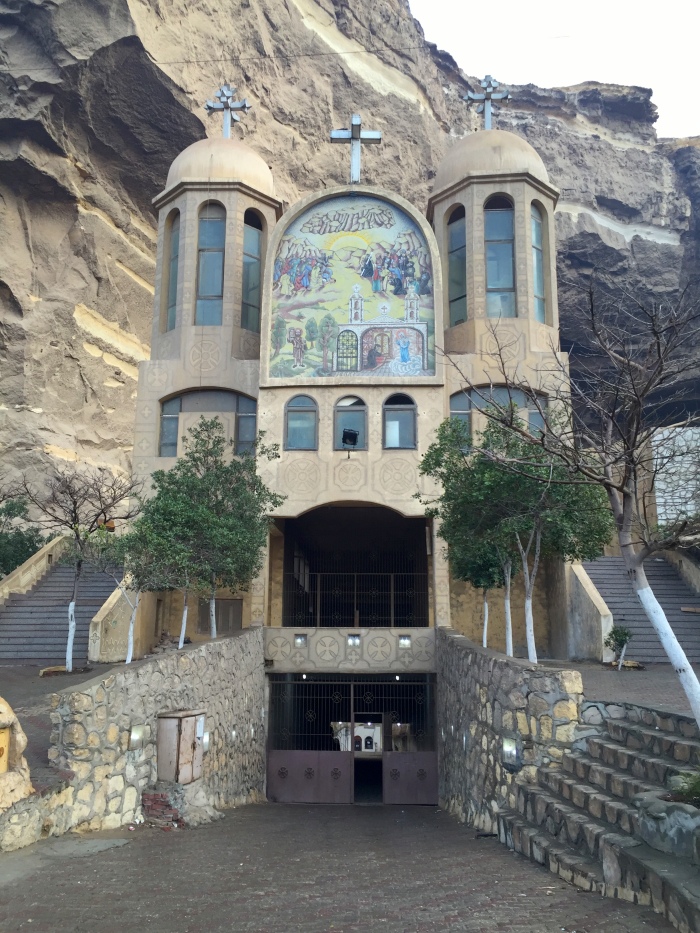 My friends Azza and Ahmed fulfilled my bucket list dreams and I finally made it to the Cave Church (Saint Simon’s monastery) in garbage city. This place is incredible and actually not as old as one might suspect– the sculptures were made in 1995 and the whole cave was cleared beginning in the 70s to create the church. Before it was packed with garbage and people had to dig it all out, which is an incredible feat.

A view from the top of the cave.

For dinner Azza and Ahmed took me to a restaurant in Nasr City where we eat the “fruits of meat” – aka anything but the meat of the cow. I didn’t really know what I was getting into, but I tired some pretty weird things. I am still not convinced that this wasn’t some big joke where you take the foreigner to the weirdest place you can think of and test if they are cool or not. If this was the case I think I passed hopefully. Thank goodness there was dessert after: Oum Ali, the mother of all Egyptian dessert.

And to end the day, a view of Ramses Square. 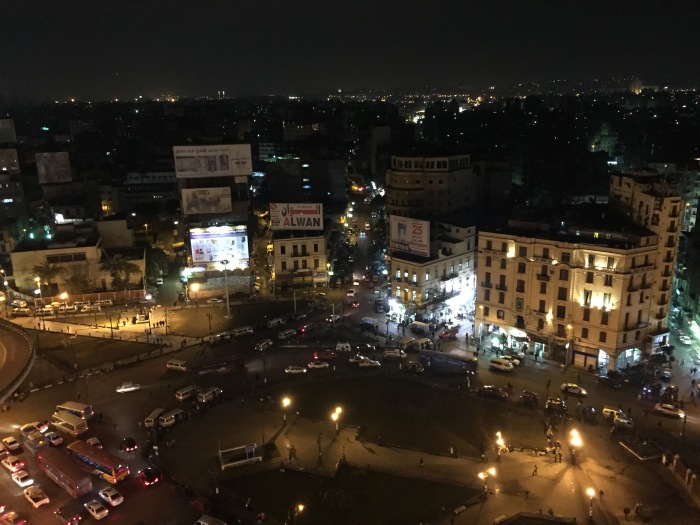 Also, here are all the different types of transportation I took today:

It was a big day.