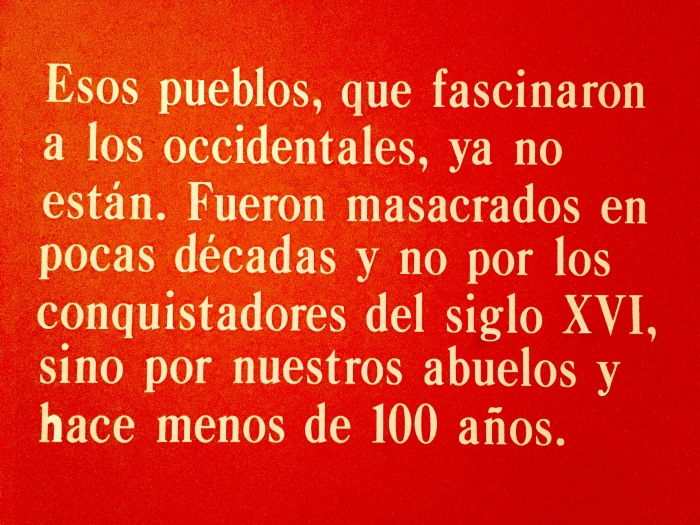 “Those people, who fascinated Westerners are no longer. They were massacred in a few decades and not by the conquerors of the sixteenth century, but by our grandfathers and less than 100 years ago.” 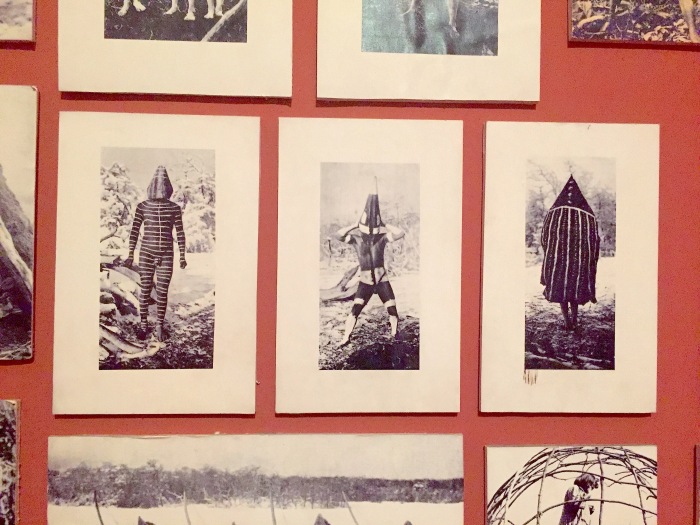 Beautiful examples of dress from the indigenous populations in the south of Argentina. The costumes on the top were used to represent spirits who test young men during their rights of passage rituals. The examples on the bottom are of everyday decoration that indicates family origins, social hierarchy, job, and stages in life- such as the desire to search for a partner, preparation for a hunt, etc.

Argentina is much like the United States in that after European colonization, most of the indigenous populations were mistreated and murdered. Some aspects of the culture still remain, but history books in schools claim that no one is “purely” native any more.