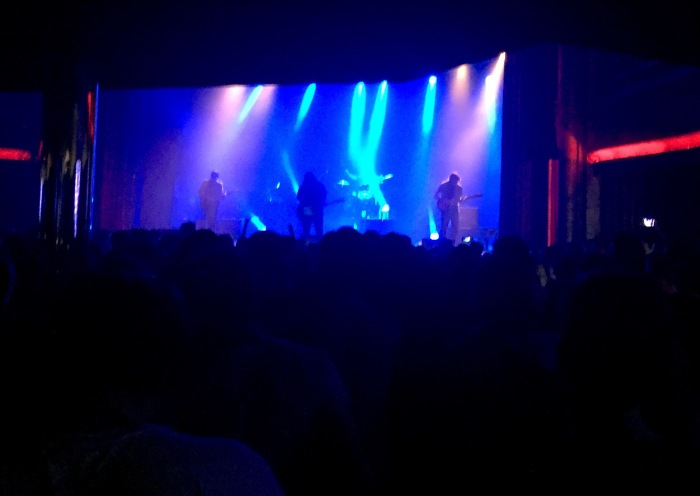 This indie rock band from La Plata is called “el mato un policia motorizado” which translates into something like “he killed a motorcycle policeman,” and is a play on a bad English translation in a film. They are really popular in the underground rock scene- everyone was singing along to the lyrics and there was a steady mosh pit at the front rocking out. During some of the songs they also projected film showing landscapes around Argentina or stock footage of people passing through big cities like New York- everything is just a pattern. Check them out! They are actually pretty chill.