I met Hilda Maclean back in September when I attended the heritage of death conference in Sweden! She made a great presentation about the cemetery in Brisbane, Toowong Cemetery, where she was the head of the friends group for 15 years. Full circle, eight months later, I am now in Brisbane and I had the good fortune to visit this place! She was kind enough to show me around Toowong and tell me a bit about its history. She also took me to Suncorp Stadium, formerly Lang Park, which was formerly North Brisbane Cemetery. Many headstones and graves were moved, but only about 200 of the 4,000, so now big rugby matches and large concerts take place over a large graveyard. There is a beautiful public art piece embedded in the glass of the stadium wall. Jill Kinnear’s “Veil and Memory” reminds stadium goers of the past with a screen printed photograph of torn muslim beside the inscription,”memory.” Next to this is also a small memorial park where a few old stones have been restored and resurrected. Thank you Hilda! 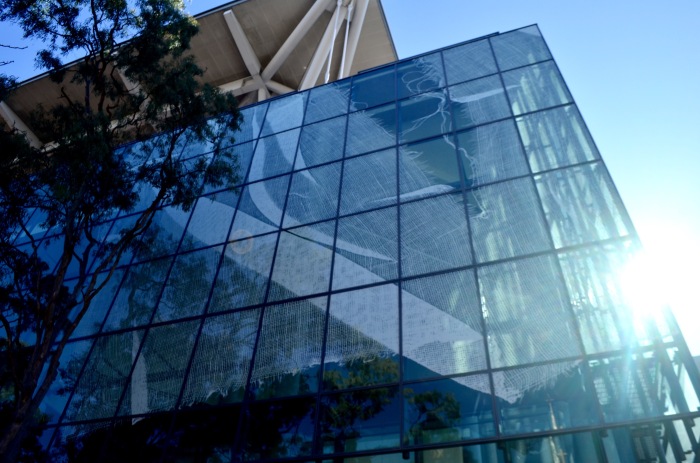 Skyline view of Toowong Cemetery and the CBD.

3 thoughts on “Friends of Cemeteries”